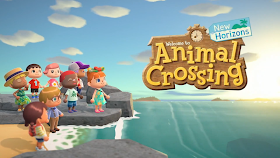 My family was excited about the Couch Co-op Multiplayer feature of Animal Crossing: New Horizons, but once the game finally downloaded we faced a couple days of frustration and disappointment due to the console announcing "This user cannot play this software" any time one of my kids attempted to play the game.

After a lot of web searching and poking through forum threads we're finally able to play this game as a family, and I wanted to describe how I fixed it in case other people out there experience the same problem.

I purchased Animal Crossing: New Horizons on my Switch. After a very painful download process (it took three re-tries and some Internet settings tweaks before the game finally downloaded), I was able to play the game just fine. I reached the point where my character became the "resident representative," which is an apparent requirement before other users are able to visit your one-and-only island. However, after I quit my game and handed the console to my daughter, when she launched the game and selected her user profile, the switch said "This user cannot play this software," and that she would need to purchase a copy at the Nintendo e-Shop. My son had the same results when attempting to play using his profile.

The Cause: My Switch was not my "Primary Console"

Here are some quick details about our setup, so you can compare against your own situation to see if the solution that worked for me will work for you:

So here's what was happening: Even though I was the user who purchased New Horizons, since my Switch was not registered as my primary console, I was the only user allowed to play e-Shop-purchased games on that device. If I had downloaded New Horizons onto my kids' Switch instead, we would all have been able to play the game.

The Solution: Registering my Switch as the Primary Console

In order to make it so we could all play the game on my console I had to de-register my kids' Switch from my Nintendo account, and then register my own Switch as the primary. Here's how I did that:
As I write this my son's Animal Crossing character is running around and pulling up weeds on my island. I do hope this helps others running into the same issue. It would be nice if the Switch's error messages were more clear about what the real problem was.

Update: I forgot to add when initially writing this that if your Switch frequently says, "Checking if software can be played" when you launch a title, that's an indication that you are not using your registered primary console. I used to see this all the time when launching my digital downloads, but did not realize it was a hint that something was wrong. Now that my personal Switch is my primary device, my downloaded titles launch instantly.
Ultimate Outsider at 3/29/2020